In December 2017 a court ruling denied the Authority the ability to enforce rectification by the builders once residents had moved into apartments in the completed building, leaving owners to facing costs of up to $60,000. In the latest development, Victoria is the first state government to respond to apartment owners’ pleas for assistance with the cost of remediating non-compliant cladding on their multi-storey domestic buildings. 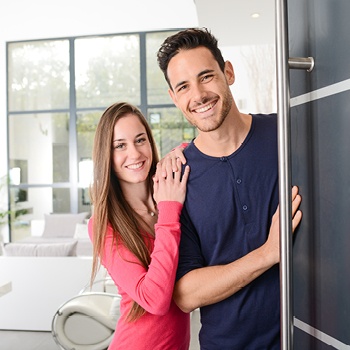 On 26 July 2018 planning Minister Richard Wynne announced changes to the Local Government Act to enable "cladding rectification agreements" between owners or owners’ corporations, lenders and councils that allow for long-term and low-interest loans that can be paid off through rates over a period of 10 years.

The Victorian Building Authority has issued more than 100 building orders to residents after the state’s cladding task force identified 1,396 buildings likely to have aluminium composite panels (ACP) with a polyethylene core or expanded polystyrene panels.

The Victorian solution may have relevance for Queensland where the state’s Minister for Housing and Public Works Mick de Brenni stated, “If there are private buildings that are found to be a risk through this process, then we are prepared to legislate to require rectification if necessary”.

This raises issues around the need for owners’ corporations to align members’ response to the costs involved. Strata Community Association (SCA) CEO Erik Adriaanse says the Victorian precedent is likely to prompt owners nationwide to demand funding measures. “Owners shouldn’t be the sole party footing the bill, and what a loans facility doesn’t do is address what other parties will be splitting the bill with owners,” he says.

Gallagher’s Head of Construction for Australia and Asia, Roger Irvine, comments: “This provides owner corporations in Victoria with a financial mechanism for replacing non-compliant cladding without further delay. However, the question on where liability for the repair costs will ultimately sit remains a vexing one between owners, building certifiers, the government regulator, architects, builders and suppliers of the product. There is unlikely to be a simple answer as each building will have its own peculiar circumstance.

“We continue to recommend to businesses in the building industry potentially impacted by this to engage with their professional indemnity insurers at the earliest time and be ready for a challenging renewal. As PI insurance is on a claims-made basis, not notifying the insurers in a timely manner could have serious consequences on any subsequent claim.”

The cladding issue in Australia

Read Gallagher’s complete three-part report ‘Is Australia heading for a cladding crisis’ for a full analysis of the ACP cladding problem.

High-hazard property risks are explored in greater detail in the latest Gallagher Market Overview Report, Trust & Data: Into the Breach, which was published on 30 July. The report is available as a digital download.