Experts are saying there's a resurgence in the Australian mining industry – but have we learned from past mistakes? Gallagher National Head of Mining John Koeppler reviews the trends.

A recent surge in exploration activities has been hailed as the sign of a new cycle for Australian mining. The question that has to be asked is what the industry has learned from the previous upcycle.

A recent report by BIS Oxford Economics, Mining in Australia 2017 to 2032, predicts exploration, production and maintenance activity will all accelerate in 2018–19, driven by increased exploration. Industry insiders agree but note that investment is circumspect compared to the last boom.

In September 2017 The West Australian reported that the number of mineral exploration licence applications had increased by 45% from the June quarter in 2017. Koeppler confirms that the company has provided insurance for 250+ exploration projects.

The resulting demand for exploration professionals has been so strong that skills shortages are emerging for geologists, drillers and underground engineers. This has also flowed on to construction, with BHP, Rio Tinto and Fortescue all building new mines. Mining tenure applications have also risen significantly since 2016. 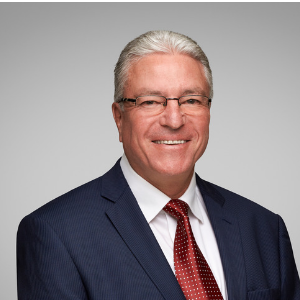 “There’s a real shortage of skills,” says Koeppler. “The risk is that we’re going to be bringing in overseas people again. If that happens costs will go up.”

Mining production grew 2.5% in 2016–17 according to ABS National Accounts data, but BIS expects this to have risen to 5.5% this financial year, with even stronger growth over the remainder of the decade. The report also sees Australia being the leading LNG exporter by 2022 off the back of major investment, and maintenance activity rising nearly 60% over the next five years.

BIS Oxford Economics Associate Director of Construction, Maintenance and Mining, Adrian Hart, observes that Australia is also "taking projects out of mothballing, out of care and maintenance and back into production.”

“With commodity prices a lot higher, miners are catching up on maintenance activity,” says Hart, adding that this will be strongest in oil and gas. Koeppler agrees and adds that insurance demand also reflects a rush to complete feasibility studies.

About a dozen coal projects are part of the mix, an increase in iron ore spot price is another driving factor (along with sustained demand from China), the nuclear energy lobby is calling a resurgence in demand for uranium, and lithium and other rare earth metals used in modern technologies are being vaunted as the coming market.

Next week: [part 2] fresh opportunities and lessons learned; leveraging market demand for Australian lithium and the need to manage growth.