The big problem with Airbnb?

It only takes 10 minutes to sign up and list a rental property, hosts don’t have to use their real names or provide proof of identity. They don’t even have to own the property they’re listing. In fact, lack of external regulation is one of Airbnb’s hallmarks.

The sharing economy start-up, which launched in 2008, has taken a substantial bite out of the traditional accommodation business, with people with all kinds of properties, from granny flats to houseboats, jumping on board. With 4 million listings worldwide, more than the major five hotel brands combined, in 191 countries, Airbnb is currently valued at $US31 billion, Business Insider reports. 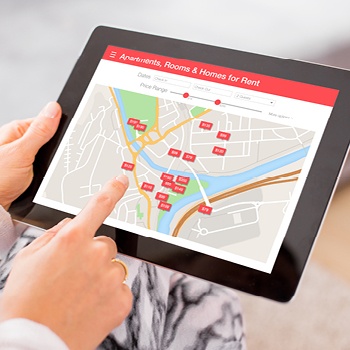 Locally, the number of people using the platform has increased 4000% in five years, according to The Australian, and a recent Deloitte Access Economics report found Airbnb guests were contributing $1.6 billion to the Australian economy and supporting over 14,000 jobs.

One of the country’s top-earning Airbnb hosts rivals hotel chains with 247 properties, according to Airbnb’s data cruncher AirDNA, and local real estate advertisements are now listing homes as suitable investments for Airbnb letting. At the other end of the scale there are the hosts renting out a room or even a couch, or only making their homes available while they are away on holiday themselves.

Because registering to offer ‘guests’ temporary lodgings is as easy as posting to any social media platform many of these ‘hosts’ are unaware of the raft of issues involved.

Town planning limitations kick in when a property is offered for short-term accommodation for periods of time that could legally be considered to constitute a material change of use. Commentary suggests that if the property is in an area zoned residential this requires development approval, a process that can take months and cost thousands of dollars, with no guarantee that the council concerned will approve the application, Queensland legal firm Miller Harris Lawyers warns. Penalties for making an unapproved material change of use of a property can run into hundreds of thousands of dollars.

If the property is an apartment or townhouse on a community titles scheme, short-term letting will likely require permission from the body corporate, covering all facilities on common property, such as balconies and car parks. Under changing strata laws, body corporates may soon have powers to enact by-laws to prohibit lots within a scheme from offering short-term accommodation.

Sub-letting a leased property often requires consent from the landlord, who might well refuse if they want to retain control over their asset and its earning capability. For the host ‒ and their neighbours ‒ allowing transitory visitors access to their property raises security concerns, as well as other issues around damage and liability.

As for insurance, a host acquires commercial business status as soon as they enter into a rental agreement with a guest. According to Airbnb itself, 95% of Airbnb hosts carry either homeowner’s or renter’s insurance.

If damage occurs or the guest is injured (or is responsible for damage or injury to someone else on the property) during their stay, liability is normally specifically excluded by homeowners’ insurance policies, while landlord’s insurance generally applies to stays of longer than 90 days, according to CHOICE Australia.

In other words, Airbnb hosts who rely on their existing insurance policies could be in for an unpleasant shock if they try to call on them in respect to their paying guests. And that could represent a really big problem for Airbnb hosts.

Who should bear liability? 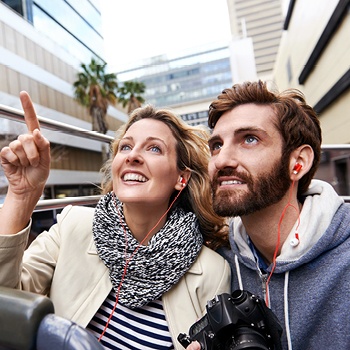 An April 2018 report from Lloyd’s which surveyed 5000 accommodation consumers from the United States, United Kingdom and China reveals that 58% of respondents considered sharing economy platforms too risky, but 71% of this group indicated that they would be more likely to use sharing economy services if insurance was available. Interestingly, 53% felt the sharing platform should be responsible for managing risk, and 32% thought that providers should be liable.

The reality is that Airbnb properties present an unappealing profile to insurers because the risk of damage to rental properties increases with high turnover of short-term tenants, the definitive characteristics of Airbnb letting. Other risk exposures include damage to property not belonging to the host – the neighbours’ – and injury suffered by guests or caused to another party during the guests’ stay.

In contrast to the highly regulated hotel and accommodation industry, amateur hosting largely operates on a trust basis. But, “As soon as you ask people to share the things that are most important to them, you need insurance to provide that trust factor,” says Christopher Moore, Deputy Head of Casualty for Lloyd’s Apollo Syndicate 1969, in the April 2018 report.

Where the buck stops

In response to this need Airbnb has developed a number of measures in an attempt to address some of these issues. They include

Is this likely to be adequate? Potentially no. Without additional insurance there could be gaps in the Airbnb protection that won’t cover some kinds of damage – such as a wild party at the premises with more than 30 people, for example – and liability insurance won’t protect guests from their own negligence, or actions that amount to misadventure.

The Australian insurance industry is developing products to address the needs of short-term rental hosts but they have to be aware that they need it, and that unless they comply with regulatory requirements their policies may well be void.

Some local hosts have already learned from bitter experience that in extreme cases such as their premises being used for criminal purposes, where premises were being used for manufacturing methamphetamine, they may be denied recourse through insurance.

With one in five properties listed on Airbnb in the beachside suburb of Tamarama in affordable-accommodation-strapped Sydney, communities are using political pressure to fight back against escalating rents, noise, nuisance and crime, the Australian Financial Review reports. Councils or, in the case of Tasmania, political parties are calling for tighter regulation of accommodation sharing.

Meanwhile, the Australian Tax Office has also weighed in, initiating the process of comparing data from owners’ tax returns with records from the accommodation intermediaries. That could signal the likelihood of the agency invoking tax rules that apply to the “nature and purpose” of a property that generates income in order to impose capital gains tax on some Airbnb hosts.

Eligibility is based on the relative amount of space rented and the length and frequency of rentals, and applies to the space available to rent, rather than actually rented out, The Sydney Morning Herald reports.

It may be quick and simple to become an Airbnb host but it’s a lot harder to do it in a way that won’t rebound on the provider. Trust is only as reliable as the framework that supports it.

How would your restaurant or cafe stand up to a tax audit?

The business trends shaking up the food service sector