Managing risk in a politically and economically uncertain world

The escalating trade war between the United States and China is a prime example of how political risk can create uncertainty for multi-national firms involved in cross-border investments, a Gallagher specialist has said.

The Trump administration has announced a further $200 billion in new tariffs on Chinese products. The latest move sees tariffs added to 6000 products, including handbags, rice and textiles. The taxes will take effect from 24 September, starting at 10% and increasing to 25% from the start of next year unless the two countries agree a deal. 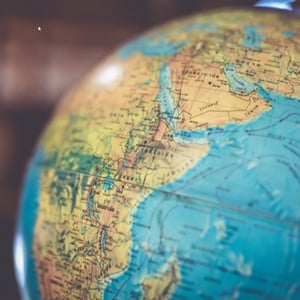 With the US and China currently in the midst of a trading tit-for-tat, which is seeing levies placed on a wide range of goods, Racheal Tumelty, Gallagher’s National Head of Credit, Surety & Political Risks, said that the situation highlights the unpredictability of political risk.

“Sudden changes driven by political factors in foreign jurisdictions have the ability to cause severe disruption and uncertainty,” Tumelty said. “It’s little wonder that political risk is one of the major headaches facing multi-national businesses involved in cross-border investments.

"Even countries that have enjoyed periods of relative stability for foreign investors for some years can be susceptible to sudden changes.”

Alongside changes in the more stable, economic superpowers, Tumelty said that areas of Africa, Latin America and the Middle East remain politically unstable. These areas are prone to “rapidly fluctuate” adding an additional layer of complexity and uncertainty to the investment environment.

Escalating trading issues are not the only geopolitical movements that require monitoring for multi-national businesses. Nationalistic economic fervour and fracturing global alliances are also becoming more commonplace – all highlighting the need for long-term risk management processes to be put in place.

“It pays to look to the horizon and craft a risk mitigation and insurance program that enables lenders and investors to forge ahead with confidence wherever opportunity presents itself,” Tumelty added.

“Harnessing quality data and detailed country risk reports is an essential component of long-term risk management. This, aligned with a strong political risk insurance program, is a very effective means of managing risk in a politically and economically uncertain world.”

Political uncertainty is explored in greater detail in the latest Gallagher Market Overview Report, Trust & Data: Into the Breach, which was published in August. The report is available as a digital download.

Why smaller businesses can benefit from adopting sustainability values