Letters of the law: the ADGSM, Australian LNG and regulatory risk

There is no domestic gas shortage to worry about according to the Australian Energy Market Operator, which informed the market in a recent 2018 outlook that the east coast shortfall feared in 2017 had been successfully averted.

With action from producers to commit more gas to the domestic market and now no risk of a shortfall until 2030, there has been no need for the government to use its newly minted Australian Domestic Gas Security Mechanism (ADGSM).

However, while the supply balance between international and domestic LNG markets has been restored, the crisis that precipitated the ADGSM still raises questions. Is there a long-term risk of legal intervention to manage?

The domestication of LNG 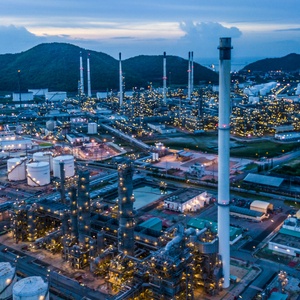 The ADGSM, which came into effect on 1 July 2017, allows the government to ensure a sufficient supply of natural gas for energy users in Australia. In the event of a gas shortfall market – which is to be determined by the Minister of Resources and Northern Australia - producers can be compelled to limit exports or find new gas sources, to safeguard local businesses and consumers.

This ‘domestication’ of LNG supply raises questions. The first is, what exactly is a shortfall market? And when can it be declared? The answer is, there is no specific answer. With the Minister taking advice from AEMO, the Australian Competition and Consumer Commission and other industry and government sources, it will be for the Minister at the time to make a decision based on this advice.

There is an olive branch for the industry, with legislation stipulating it can only be triggered where the Minister has formally determined there are reasonable grounds for believing there would not be sufficient supply of gas available for the domestic market over a forthcoming year. In other words, a Minister can’t simply trigger the shortfall based on the politics of the day alone.

However, there are still other questions. How does the mechanism impact individual companies who have return on investment expectations for their involvement in an LNG project’s lifecycle, and shareholders to answer to? How can they ensure they sell LNG assets at the best possible prices and maintain profits? Does this measure discourage future investment in LNG, particularly now the first wave of local projects are entering the production phase and there is little appetite for further investment based on current market conditions?

“The ADGSM is an important new tool to safeguard domestic supply of natural gas, to ensure that industry is able to operate competitively and that customers have access at reasonable prices,” Gallagher Account Executive Teagan Musgrave says.

Looking after number one 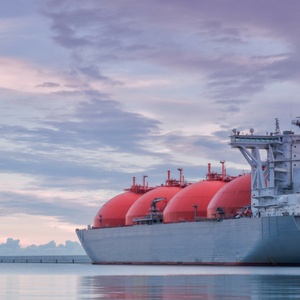 Australia is due to overtake Qatar as the number one global exporter of natural gas in 2019, driven by increased production at Gorgon and the completion of Wheatstone, Ichthys and Prelude. As a market, Australia has a lot to be thankful for, but to remain competitive into the future, the LNG market will need to chart a course that satisfies the domestic gas appetite, as well as global markets.

This will involve organisations themselves being mindful of any avenues of legal recourse under existing bilateral investment treaties and free trade agreements, and foreign investors structuring any future investments using these legal frameworks if available to protect their position. For example, the investor-state dispute resolution could be used to facilitate a better outcome for investors.

However, the best way to minimise risk is further high level engagement with governments both federal and state, to ensure industry interests are met. This will help the LNG market contain uncertainty, because it is certainty that protects producer interests as well as business and household customers.