One of Australia’s most prominent class action lawyers has cast doubt on the success of a planned action against the AFL relating to concussions.

Peter Gordon, founder of class action specialist law firm Gordon Legal, told The Herald Sun that he would not take on the case against the code.

“One can understand the issue being topical for them, because in the United States, the NFL has seen a massive billion-dollar plus settlement for its players in recent years,” Gordon said on the publications’ Beyond Reasonable Clout podcast.

“I would argue that there are a lot of differences between the two, and speaking as a lawyer myself, I wouldn’t take on the case in Australia against the AFL.”

Gordon, who is also president of Western Bulldogs, said that his role in the game does not present a conflict of interest as he would “have no hesitation taking it on if I thought that there was a good liability theory”. 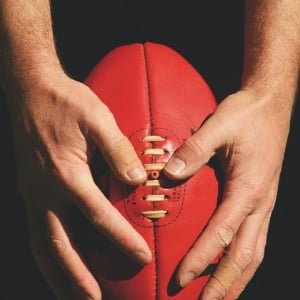 In June 2018, The Herald Sun revealed that 70 former AFL players with a range of neurological impairments linked to concussions and head injuries during their playing careers are being screened with a view to pursuing damages action in front of the Federal Court.

The potential lawsuit is led by ex-Adelaide United chairman Greg Griffin, and features a list of several lead plaintiffs likely to include ex-Hawthorn star and Brownlow medallist John Platten, among others.

While this class action may not be successful, the risks related to concussions for all sports are not going away.

Steve van Leeuwen, National Head of Sport at Gallagher, said that the uncertainty surrounding head injuries and possible legal action is having its presence felt not only on sporting codes and teams but on insurance markets too.

“One thing is for sure: insurers are not ignoring this issue,” van Leeuwen said.

“Insurers, both nationally and internationally, are nervous of the long-tail nature that concussion claims could present and this is where personal accident policies could help to mitigate losses.

“It is these long-tail claims, alongside possible legal action, that could have the biggest impact on leagues, teams and insurance.”

Van Leeuwen noted that the insurance market is already changing to reflect this uncertainty.

“We are already seeing policy structure and framework changes. Over the coming years, the industry could move towards a different set-up of insurance policies or utilise different versions of a policy to respond to concussion-related risks.”

Concussion risk is explored in greater detail in the latest Gallagher Market Overview Report, Trust & Data: Into the Breach, which was published in August. The report is available as a digital download.