Insurance lessons from the Forbes floods

According to Gallagher, the Forbes floods in are a reminder to small businesses across Australia of the need to be prepared for natural disasters. 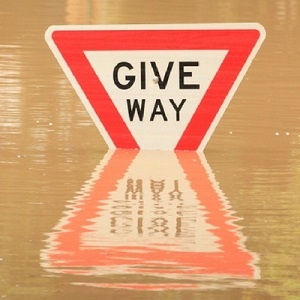 Following a wet winter, August and September’s heavy rains have contributed to the worst floods in Forbes' history. More than 1000 residents and 246 properties in the Central-West NSW town have been evacuated, and dozens of farms have been inundated with flood waters, with some reporting that up to 80% of their crops are under water.

Small businesses have also been affected, with some being forced to close doors or operate on a severely restricted basis. Forbes Golf Club has estimated that the cost of repairs to the club, combined with a loss of business income, could top the $100,000 mark.

The Forbes floods have officially been declared a catastrophe event by the Insurance Council of Australia, with the insurance bill expected to run into tens of millions of dollars.

It has been alleged that a delay in releasing water from Wyangala Dam to preserve water levels for irrigation season in October may have been a contributing factor to the floods. Investigations into the allegations are ongoing, but further rains are expected to compound the situation for residents and business owners in the coming week.

The situation in Forbes – and in other towns affected by flooding in NSW, VIC and SA in recent weeks – raises a question for business owners about whether the inability to trade for an unspecified period of time might threaten their viability.

Kylie Hull of Gallagher’s Dubbo Branch says the threat of business interruption should not be taken lightly.

“With more extreme weather predicted across Australia in the years ahead, every business owner should ask themselves how their livelihood would be affected if they were unable to trade for two days, two weeks or even two months,” she said.

“In many instances a small business may be unable to bear the loss of income surrounding a sustained, unexpected interruption to normal business operations. And that could lead them shutting their doors for good, which has knock-on effects for the whole community.”

“Business interruption insurance is designed to cover the loss of income caused by a range of unexpected events, including natural disasters, a fire in next door’s premises, or even cut supply lines,” explained Ms Hull. “It can also help cover staff costs and loan repayments, so can quite literally keep a business afloat that might otherwise be struggling for survival.

“Despite its value it’s estimated that as few as 25% of small business have any form of business income protection. That’s a very big risk to take – particularly in areas with a potential to suffer from natural disasters.

“It’s also worth pointing out that not all business insurance policies offer flood cover automatically,” added Ms Hull. “If you’re not sure, it’s always best to seek professional advice from a broker.”

Despite a wet winter across most parts of Australia, the bushfire outlook for 2016/17 remains above average – representing a further threat to householders and business owners in fire-prone areas. Read more about that here.

Prepare and protect your business against extreme weather and natural disasters