Fracking is perhaps the most contentious issue facing the energy market in the world today. Around the world, media organisations have reported on protests and legislative actions concerning fracking and its impacts on the environment.

As an issue that seems to be so polarising it may be assumed that insurers would avoid coverage but this is not the case.

Ryan Mansom, National Practice Leader – Energy at Gallagher, said that in many respects insurers look to fracking risk in a similar way to the risks of other energy-related activities. One key difference for the energy market however, is the role of information when it comes to arranging cover for fracking liabilities. 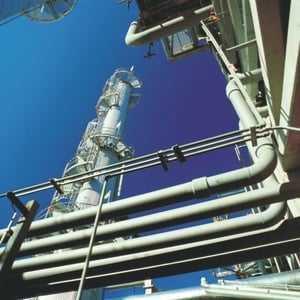 “What we need to be aware of is there are more questions raised around fracking,” Mansom said.

“The cover for fracking is generally the same that we put forward for conventional drilling, though there are some additional endorsements which we look to incorporate, insurers often just seek some additional information about the process and the contractors involved, and the cost will be greater.”

Mansom said that there are two key areas to consider when arranging insurance for fracking: cover for well control incidents and third party liability (TPL). Based on the bespoke policy wordings Gallagher offer, the two are very much intertwined.

While much has been made of the potential environmental damage fracking could cause, Mansom said that clients with a comprehensive work program, supported by a strong insurance structure can protect themselves should the worst-case scenario actually occur.

“The greatest concern brought up by protesters is around pollution of acquifers. The TPL policy provides cover for any sudden loss incurred, and the [Gallagher] bespoke policy wording actually extends beyond the standard cover to provide an element of first party cover towards this issue.

“There do remain some exclusions, such as use of BTEX, though the use of such is not an issue in Australian operations.”

As energy insurance experts, Mansom said that the team of energy brokers at Gallagher can offer clients peace of mind when it comes to an often complex area of business.

“Gallagher has a bespoke wording that we use for both well control and third party liability which gives extremely broad environmental pollution cover both third party and first party basis,” Mansom said.

“We are able to explain to clients that from a policy point of view you have extremely broad cover, we have got it tidied away so you can get on and do your work.”