In an ominous move for the cost of insurance premiums, Lendlease is suing the building surveying consultancy that approved the cladding for Melbourne's Royal Women’s Hospital for breach of contract in failing to identify that it was combustible and non-compliant. 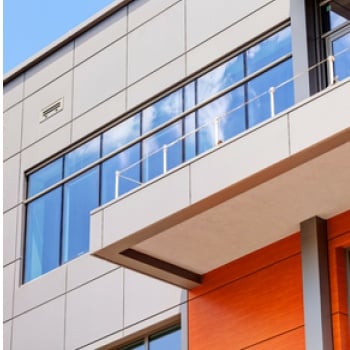 Lendlease has been compelled to replace the combustible cladding on the hospital, one of eight that the state government has identified as requiring recladding, with another 12 Victorian hospitals under investigation.

The cost claimed is thought to be about $8 million, according to a report in the Australian Financial Review. Lendlease is also bringing the action against the architectural firm, fire engineer and façade contractor involved in approving the non-compliant cladding treatment used on part of the building.

The surveying consultancy concerned, Philip Chun, and its director Shane Leonard are arguing that when the hospital contract was awarded in 2005 the polyethylene core aluminium panels were compliant with existing regulations. But even if this defence succeeds the action is likely to be followed by similar claims against other consultancies for other buildings, with already increased insurance premiums being driven up further.

According to Wayne Liddy, the national vice president of the industry peak body, the Australian Institute of Building Surveyors, Victorian surveying consultancies have already experienced price hikes in insurance premiums of up to 200 to 400%.

Another challenge to the building consultancy sector is that insurers are seeking to protect themselves by inserting exclusions to cladding-related claims in their policies, but state licensing bodies require professional indemnity policies to be free of exclusions ion order to meet their conditions.

The AIBS is calling for Federal Government involvement in how the problem of non-compliant cladding in different states is to be resolved, so that the building consultancy industry can formulate a consistent response nationally.

The cladding issue in Australia

Read Gallagher’s complete three-part report ‘Is Australia heading for a cladding crisis’ on our blog for a full analysis of the ACP cladding problem.