“John, you saved my family.” That’s what the owner of a burned-out Melbourne pasta factory told his Gallagher insurance broker, John Pegios, after the fire. Before taking John’s advice on insurance cover for his business, Diseb Food Group owner Tony Di Sebastiano had sourced his own insurance online.

“I would have been very underinsured if it wasn’t for John,” he says.

Tony’s old policy would have been completely inadequate, but within a week of the blaze Gallagher had fast-tracked a preliminary payment to enable him to start rebuilding his family business. His business interruption cover also ensures that his staff are covered for their wages.

The accidental fire broke out in the Somerton factory on Saturday 3 June 2018 when Tony and a skeleton crew of staff were in another part of the building, according to a report in The Age. By the time they smelled the smoke the blaze was too fierce to combat with fire extinguishers and the five had to evacuate the burning factory. 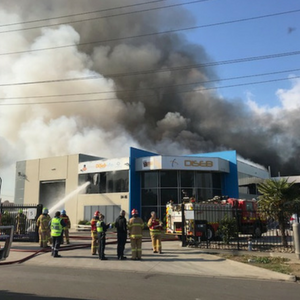 The fire spread so fast and was so destructive that the 100-plus Melbourne Fire Brigade firefighters who attended were forced to remain at a distance after one of the tilt slab walls collapsed. Local residents were instructed to stay inside their homes and adjoining suburbs put on an alert, with surrounding roads remaining closed the next day.

On the day of the fire John received a text from Tony with a photograph of the devastation and immediately called him to find out if everyone concerned was safe and unharmed, and to discuss the extent of the damage.

“I logged onto the Gallagher system from home and then gave Tony a call back to set his mind at rest that he had cover,” John says. “He said the sums insured would enable him to rebuild.”

Tony says that he was devastated by the destruction of his business and concerned about the costs involved and whether his insurance would cover them. After speaking to John he was very relieved. “I was reassured my business would continue.”

Covered for a fresh start

Tony switched in 2015 after being impressed by Gallagher’s exclusive SmartProtect Business policy when he visited the website. Under his previous direct insurance $1m business interruption cover he was seriously underinsured but Gallagher’s BI calculator is based on turnover and provides an accurate figure that is all encompassing.

“The business interruption cover is extremely important,” Tony says. “It will cover wages and give me the ability to retain my key people. I’m very relieved. It has taken the worry out of what we’re going to do for the next 12 months while we’re rebuilding.” 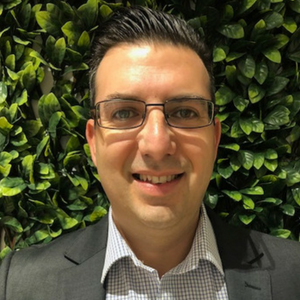 John (pictured) then notified the insurer, lodged a claim on Tony’s behalf and arranged for an assessor to be on theSomerton site the next morning. On Sunday he called Tony again to check that the MFB and assessor were working together to make the site safe. On Monday morning John, his manager and the senior claims consultant visited the burned-out factory and reassured Tony about the next steps in his claim and provided him with a time line for the process.

Gallagher’s efficient internal systems ensured the insurer completed a site inspection on Tuesday. The factory, insured for $3.1 million, was deemed a total loss and a council demolition order requested so that the site could be levelled as soon as possible.

With indemnity granted, the Diseb Food Group’s cover is set to provide more than $8.5 million towards resurrecting the business from the ashes.

In the meantime, thanks to Gallagher fast-tracking the provision of critical information, Tony received a $750,000 progressive payment on Thursday 8 June, five days after the fire broke out, enabling him, John says, “to make informed decisions while not being under financial duress”.

Tony has also been approached by television channel SBS with a request to cover the story of the fire and the rebuild for an Australian business segment.

If Tony had stuck with his old direct insurance cover the fire would have wiped his business out. Instead, by taking advantage of John’s understanding of Diseb’s risk exposures, the family enterprise was positioned to survive.

Tony’s tip: “Don’t just look at what you paid, the cost could double. Be realistic about what replacement would cost.”

Like Tony, you can get a better deal on business insurance by talking to one of our brokers who can review and update your policies, and discuss how to get the business income protection insurance you need on the optimal terms for your situation.

Prepare and protect your business against extreme weather and natural disasters