All Black centre Ryan Crotty is set to miss the second Bledisloe Cup test, having sustained a concussion in Saturday’s clash with the Wallabies.

New Zealand ran out comfortable winners, but Crotty’s injury, which saw him knocked out after making accidental contact with team-mate Jack Goodhue, has ruled the centre out of the return fixture in Auckland this weekend.

“It concerns us, definitely,” All Blacks coach Steve Hansen said, according to rugbypass.com. “He’s already seen a specialist and they’ve given him the all-clear. From our understanding as long as you fully recover and don’t go back when you’re not fully recovered, then you’re OK.

“It was freaky – friendly fire from Jack [Goodhue] straight in the face. It would have knocked most of us out.”

“It’s not nice to see. It’s just a tough injury,” Cane said, according to RugbyPass. “Everything else has a time-frame but there’s just so much unknown with head knocks and it seems like you can be only one away, if it’s the wrong one, from it being then end of it.

“I’ve seen that with a few mates. It certainly helps you appreciate every week and every game you have and realising how fickle it can be.” 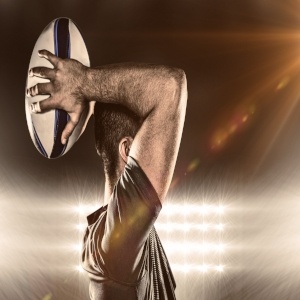 Steve van Leeuwen, National Head of Sport at Gallagher, said that the injury highlights the impact concussion is having on all sport as insurers are becoming increasingly uncertain on the nature of head injuries.

“The medical science surrounding head injuries is evolving and, because the insurance industry is data driven, without clear cut data and medical definitions it becomes difficult to know how an insurance policy would respond,” van Leeuwen said.

“This uncertainty is impacting the insurance market. Insurers, both nationally and internationally, are nervous of the long-tail nature that concussion claims could present and this is where personal accident policies could help to mitigate losses.”

Van Leeuwen said that the insurance industry is already changing thanks to growing concerns around concussion and its long-term impacts.

“Insurers are not ignoring this issue. The insurance market is hardening and, in order to provide terms, underwriters require more detailed information on the response to head injuries individual teams and leagues are making,” van Leeuwen continued.

“We are already seeing policy structure and framework changes. Over the coming years, the industry could move towards a different set-up of insurance policies or utilise different versions of a policy to respond to concussion-related risks.”

Van Leeuwen stressed that sports teams and organisations are working towards making activities safer which will also help insurers covering the risk.

“Each of the major codes has a concussion plan in place that is constantly evolving as more medical information comes to light.

“Whether it is in the form of baseline testing, in-depth head injury assessments, sport rule changes or mandated sit-out periods, leagues and teams are responding to the challenges head injuries present.”

This subject is explored in greater detail in the latest Gallagher Market Overview Report, Trust & Data: Into the Breach, which was published on 30 July. The report is available as a free digital download.